What More Could My Doctor Do? Redefining High Risk Pregnancy

I felt fortunate with my pregnancies.  With my first, I was not considered “high risk”, and I was thrilled that meant I didn’t need extra testing, medications, etc.  To me, it meant that as long as I did everything the books and my doctor told me to do, I’d have a pregnancy, birth, and entry into motherhood that was fit for a Norman Rockwell painting.  It was what I wanted to hear.  That picture was shattered when we learned our son had died just days before he was due. 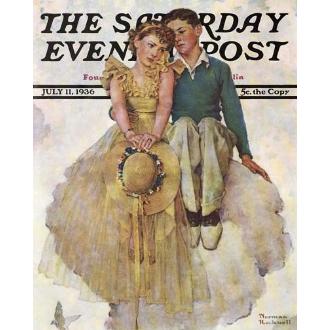 With my subsequent pregnancies, I was then considered “high risk” because I had delivered a stillborn child.  I was relieved that we would receive more testing and surveillance.  While I had lost the innocence that helped me to trust I would have a happy, healthy, breathing baby to take home, I was encouraged that my doctors were going above and beyond to help make that a reality for me and my family.

How could two very different approaches to pregnancy both make me feel fortunate?  I used to believe that “low-risk” meant just that.  Once I knew that pregnancies with few or no risk factors could end in stillbirth, premature birth, birth injury, and other poor outcomes, I realized that NO pregnancy should ever be considered low-risk.  In fact, nothing about my health changed from my first to my second pregnancy except for the anguish we had been through.

As I was obtaining top-notch care during my subsequent pregnancies, I often felt angry or guilty that I didn’t have the same level of care with my first pregnancy.  One mother at the Stillbirth Summit this fall told the story of her obstetricians telling her she was “lucky” to have had a loss because it allowed her to qualify for additional care.  Believe me – her “luck” didn’t have anything to do with it.  Once when I was asked how I was getting my additional ultrasounds paid for (during a subsequent pregnancy), my first thought was that I had already paid for them with the life of my first child.  Yes – healthcare is expensive.  But that is a price too high to ask anyone to pay for the best care available.

I am now asking healthcare providers to think outside the box and expand your definition of a “high-risk” pregnancy.  It is important to keep risk factors like high blood pressure, diabetes, and autoimmune diseases in mind.  We also need to add “diagnoses” that have not traditionally been considered reasons for additional care, but are accepted risk factors for stillbirth and other adverse pregnancy outcomes.  Advanced maternal age, post term (past due date) pregnancies, first baby (primiparity), maternal smoking, maternal obesity, umbilical cord abnormalities, poor placental function, African-American mother, maternal sleep disturbances, infection, altered fetal activity, poor access to care, and others could and SHOULD raise a red flag during a pregnancy.

In addition, I believe that these issues can have an additive effect that only increases the risk.  An older mom should be considered high risk.  But an older mom who is also overweight, suffers from obstructive sleep apnea, and is past 40 weeks of gestation should make everyone involved in this pregnancy nervous.

Most physicians and midwives will tell you that the above issues should be treated or avoided if possible.  But they don’t take the next step to consider a pregnancy “high risk” when these issues are present.

A common excuse I hear from obstetricians and midwives is that they don’t have any way to protect these pregnancies or change the risk factors. They don’t even want to look for these risk factors because they can’t “fix” it.  During my subsequent pregnancies, the fact that I had a previous loss could not be changed or altered in any way – but I also know that the extra testing and monitoring I received allowed us to identify that my next three children were also in trouble.  By knowing this, we were able to balance the risks and benefits and deliver them once the risk of continuing the pregnancy exceeded the risk of delivery.  The extra tests didn’t fix anything.  The extra tests didn’t promise me a good outcome.  They did give us a better understanding of the status of my child. Lindsey Wimmer, a Pediatric Nurse Practitioner, is Mom to four children; Garrett who was stillborn in 2004, Grant, Bennett and Austyn. Lindsey and her husband Trent founded the Star Legacy Foundation shortly after Garrett’s birth when realizing that the numbers of stillbirths in the US were staggering and that very little was being done to determine the causes or find prevention initiatives. Visit the Star Legacy Foundation to learn more.

What More Could My Doctor Do? Redefining High Risk Pregnancy