The Influence of Sleep on Maternal and Fetal Wellbeing

This presentation will highlight how maternal sleep plays a role in both maternal health as well as fetal wellbeing. Data will be presented to show that sleep offers a modifiable risk factor to improve pregnancy outcomes. 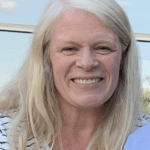 Dr. Louise O’Brien  earned a bachelor’s degree with honors in physiology from the University of Leeds, United Kingdom in 1992. In 1998 she gained a Ph.D. in physiology from Keele University, United Kingdom. After completing post-doctoral work in maternal and infant health research, Dr. O’Brien relocated to the United States in 2001 to train in pediatric sleep research. She completed a post-doctoral fellowship in pediatric sleep research at the University of Louisville, KY. In 2006 she was recruited to the faculty at the University of Michigan as an Assistant Professor Dr. O’Brien also holds an appointment as an Assistant Research Scientist in the Department of Oral & Maxillofacial Surgery.

Dr. O’Brien has unique expertise and is one of very few researchers actively investigating the impact of sleep-disordered breathing on adverse pregnancy outcomes such as pre-eclampsia in the mother and growth retardation in the fetus. Since her arrival at the University of Michigan, Dr. O’Brien has built collaborations between the Sleep Disorders Center and the Department of Obstetrics and Gynecology and has several active studies. She has published over 40 original manuscripts and over a dozen invited reviews and book chapters. In addition, she is an ad hoc reviewer for NIH study sections and for 16 professional journals, including the American Journal of Respiratory and Critical Care Medicine, Archives of Disease in Childhood, International Journal of Gynecology and Obstetrics, Pediatrics, Sleep, and Sleep Medicine.

Dr. Warland has disclosed that she does not have any real or perceived conflicts of interest in making this presentation.

This presentation was part of the Stillbirth Summit 2021.   This individual lecture will be awarded .5 hours of continuing education credit to include viewing the lecture and completing evaluation and post-test.  Once received a certificate will be emailed to the address you provide in the post-test.  If you did not register for the Summit WITH Continuing Education, you can purchase the continuing education by clicking here.  This purchase will provide you access to all Stillbirth Summit 2021 lectures including continuing education credit. There is no charge for viewing the presentation. 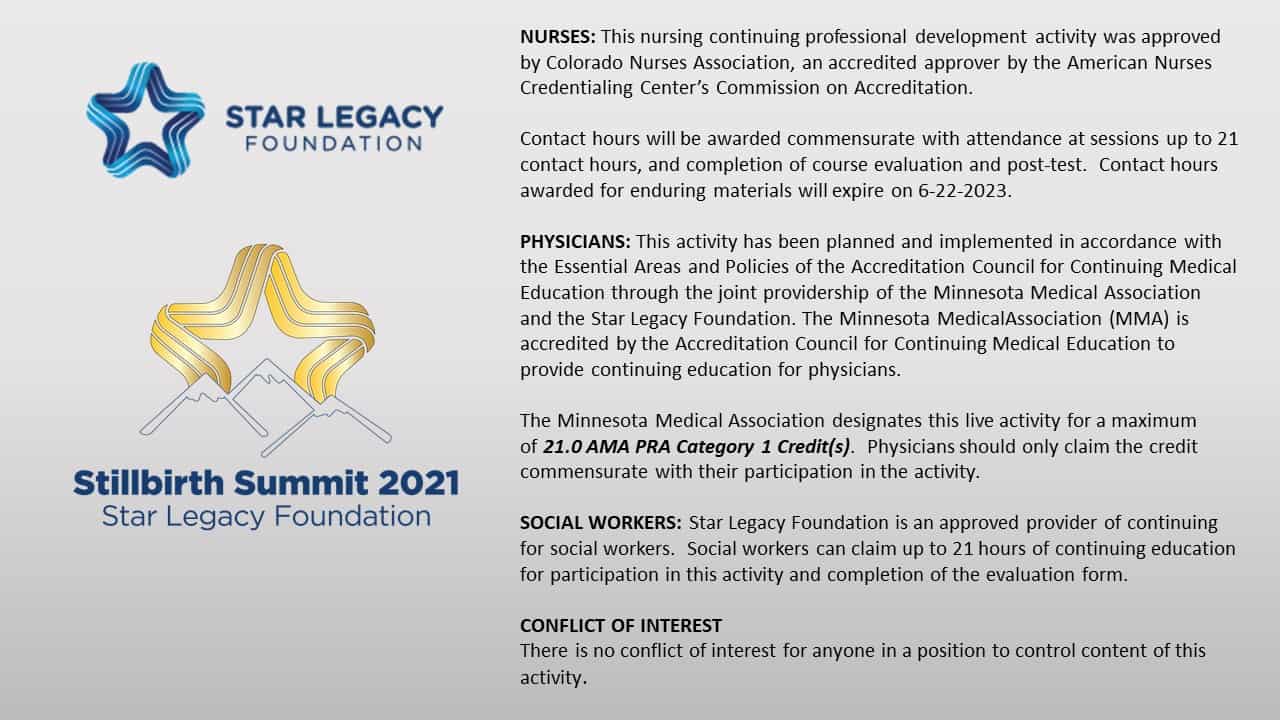