Healing hearts of those with Empty Arms…..

Let me tell you about someone I have come to know in the last few years that I truly believe is an angel among us.

Back in 1981  she found herself hearing the words that no pregnant woman ever expects to hear, “I’m sorry but your baby has died.”  Nearly 31 years ago she and her husband found themselves alone and unaware of how to say hello and goodbye at a time of crisis and deep pain. There were no pictures, no crib card, no lock of hair, no family members invited to even see him, and no burial – just a void, though they barely remember the five minutes they held him. To them, while the staff was kind-hearted, the decisions they unwittingly made quickly became regrets that haunted them. They were stunned to discover that this lack of “wise” guidance was routine in hospitals throughout America.  These painful events were compounded with the loss of two more children – one a miscarriage and another as an ectopic pregnancy.  She and her husband were fortunate to have two healthy sons, who are now grown men. 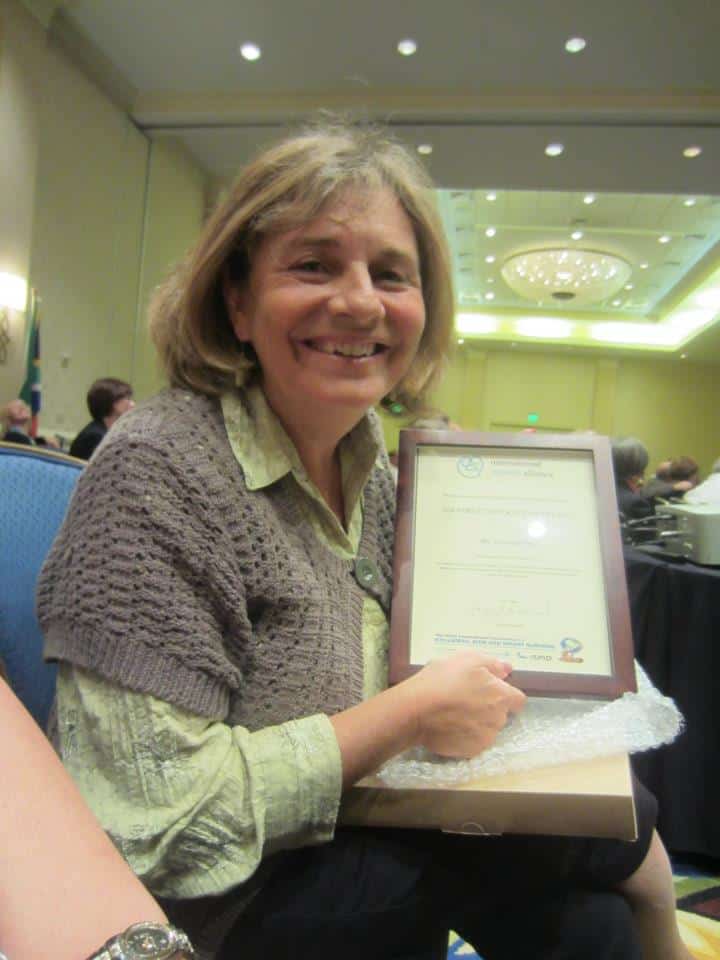 By now you may know that I am talking about Sherokee Ilse, a deeply passionate and driven woman who works tirelessly for a number of pregnancy and infant loss issues.

The regrets over the loss of Brennan haunted Sherokee to such an extent that she decided to make it her mission to change the climate of care. Describing herself as a “mission driven” woman, Sherokee wrote a book in 1982 – her very first – called Empty Arms: Coping with Miscarriage, Stillbirth and Neonatal Death. Written with the thought that it be given to families while they were still in the hospital so that they could make thoughtful decisions at the critical times confronting them, this book proved so popular that it is still in print in a recently updated edition with over 300,000 copies so far.

Six other books and seven booklets on the subject followed her first one. Among them are Miscarriage: A Shattered Dream (1985, updated 2003), Remembering With Love (1992), and Giving Care, Taking Care: Support for the Helpers (1996), all published by her company Wintergreen Press.

Sherokee did not just stop with writing, however; she also took her mission on the road – teaching healthcare providers throughout the world in workshops and face-to-face meetings how to care properly for those families whose babies had died, including from miscarriage. The old way was the “football pass” (remove the baby and never let the mother or father see it). More humane and sensible care, in her view, included the need to acknowledge the parents’ grief, take pictures of their babies, create support systems, and very importantly open up their hearts to recognize that this painful experience can last a lifetime.

To Sherokee, teaching people how to deal with this loss through spending time with the baby is important, so that, as she says, “they can say ‘hello’ before they say ‘goodbye,’ which is key. Creating such memories and rituals allows parents opportunities for later conversations with others about their baby and it provides them comfort over time.” Indeed, since Sherokee began her efforts, the climate has fortunately changed for much the better.

Sherokee is – first and foremost – a speaker, giving powerful and moving speeches. Sherokee has been featured as a keynote speaker all over the world , most States in the US, and other countries such as Australia, New Zealand, Canada, and Japan. If anything has made her feel good about her own private loss, it is that through her books, writings, workshops, and speeches, she has helped so many others better handle their own pain and losses.

But, at the same time, Sherokee is quick to modestly point out that she is just one of the handful of pioneers who helped to make this change occur. She and these other pioneers literally changed the scenery – hospitals are very different in this respect now. Her own contribution of 31 years of significant travel, as well as the writing of fourteen books and booklets and many articles, gives her pause to realize that one person can make a difference in this World.

Sherokee has tirelessly served on boards, committees, work groups and all by herself to support families in the time of profound loss.  Just this week at the joint international conferences of ISA and ISPID hosted by First Candle, Sherokee was given the International Parent Advocate Award.  This award recognizes her for her tireless efforts.  Her resume in this regard is long and includes the founding of the Pregnancy & Infant Loss Center, Wintergreen Press and Babies Remembered.  Just recently she co-founded an organization called Loss Doulas International with her friend and stillbirth mom, Pat Flynn.  This organization is training individuals who have been touched by pregnancy and infant loss first hand and wish to help others as they begin their journey down this path.  She has served on numerous boards including ISA, ISPID and the Star Legacy Foundation.

As a member of the Star Legacy Foundation Board and Leadership Team, she encouraged us to take a giant step in hosting a stillbirth roundtable, thereby bringing together researchers from around the world who share an out of the box thinking style.  We all agreed that bringing together these individuals would be exciting to watch as their discussions together ensued.  And indeed it was.  The roundtable became known as the Stillbirth Summit 2011 and since that time the researchers gathered there collaborated on an article “Proceedings of the Stillbirth Summit 2011” published in the BMC Pregnancy & Childbirth journal, as well as the design and implementation of the STARS Study intended to replicate several other studies as well as quantify the details we hear all the time from stillbirth moms in hopes of developing hypotheses for future in-depth research projects.  Without Sherokees ‘can do’ attitude and gentle urging, we would likely not have taken on this endeavor.  It is to her credit that the discussions continue even today, and that the next Stillbirth Summit is planned for June of 2014.

We congratulate Sherokee on her well deserved award from the International Stillbirth Alliance.  We have no doubt that her passion for saving babies is enduring and she will tirelessly advocate for them for years to come.

Healing hearts of those with Empty Arms…..