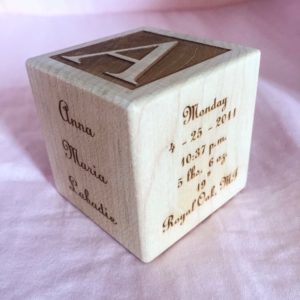 In honor of our daughter, Anna, stillborn on  April 25, 2011, I have decided to share her story in hopes of creating awareness and helping even just one person experiencing the death of a baby.  We unexpectedly lost our baby girl after a completely healthy full term pregnancy.  This is difficult to do, but it is my gift to Anna, and my obligation, to use this experience to help others.

I once read that stillbirths typically happen in textbook pregnancies, and I would consider that to be true in our case.  Throughout the pregnancy, we had 11 doctor appointments and 6 ultrasounds, never missing one.  Everything always checked out great.  My blood pressure, weight gain, baby’s heartbeat, and growth were always on track.  With each appointment and each milestone, we had more and more reassurance that our baby was thriving and healthy.

I battled “morning” sickness the entire first half of the pregnancy (until 19 weeks), but like most expecting moms, I was so excited and did everything I could to ensure a healthy baby.  I ate right, drank lots of water, exercised, took prenatal vitamins, read lots of pregnancy books, and of course steered clear of all the bad things.  I was very aware that many things could go wrong, but by the halfway point, I seemed to be worrying less.  I was definitely showing now and feeling movements, and the big 20 week ultrasound had indicated we were having a little girl.  A girl!  I dreamed about putting barrettes in her hair, enrolling her in gymnastics classes, and of course that she would one day marry my best friend’s baby boy.  But more importantly, all of her major structures appeared normal (heart, limbs, brain, spine, etc.) and we got to see that she in fact had 2 hands and 2 feet, four chambers in her heart, and the cutest little button nose.  We had also opted to do the full genetic screenings, which revealed “beautiful” results, meaning there was very little risk for birth defects.  Around 24 weeks, I had passed the glucose screening test and our baby was now considered “viable”, meaning if she were to be born prematurely she would have a chance of survival.  This was good to know since we had ordered her nursery furniture and had already been researching and selecting all the latest baby items for her registry.  We read about her growth and development each week and continued to prepare for her by “interviewing” a pediatrician, touring the hospital, and taking an infant CPR class.

At 28 weeks, we entered the third trimester and began to see the doctor more frequently.  I was getting bigger now and having lots of discomfort around this time, but I absolutely loved being pregnant with Anna and feeling her move and kick.  I don’t think I have to tell anyone that having a baby is one of the most exciting things that life has to offer.  So we celebrated with two beautiful baby showers, at which we received tons and tons of stuff.   Of course I agonized about having the right amounts of everything, making multiple trips to the store in the final weeks.  My husband assembled the baby gear, as I read the manuals to familiarize myself.  We took every class we could to prepare for her arrival (Prenatal Education, Childbirth, Breastfeeding, Baby Care and Safety) and all of our thoughts began to center around the labor and delivery just around the corner.  When would it happen and what would it be like?  And were we ready for this big moment?  A few clothes and blankets had been washed, the car seat installed, and the hospital bag packed.  The nursery was all decorated, in creams and browns with touches of girly pink flowers, ruffles and bows.  I could write an entire story about the memories and the love that went into each detail of her nursery.  It was a room I had dreamed about before I was even pregnant.

And then, just after we had reached 37 weeks, full term, and could hardly wait to lay eyes on this mysterious little person that had been growing inside of me, captivating our hearts and occupying our minds all these months, she died.  Before we even got to meet her.  Our first child.  Our baby girl.  I can’t even begin to explain the shock, heartache, and agonizing pain we felt, and still feel at times.  Everything had been fine all along including a strong heartbeat at Friday’s doctor appointment, but by Monday she was gone.  Just like that, and without warning.  She simply just stopped moving over the weekend.  I had not fallen or been in an accident.  There had not been any prenatal diagnosis indicating she was sick.  There had not been any contractions, bleeding, or illness that the books and doctors had said to look out for.  Even so, we were past the point of being concerned about preterm labor and certainly didn’t imagine our baby would just suddenly die in the 38th week of pregnancy.  This was just not something we had heard of happening.  But I had become concerned with her lack of movement on Easter Sunday and by 3am, we found ourselves driving to the hospital, where an ultrasound revealed no heartbeat and changed our lives forever.

In writing this story, I wanted to focus on the love we felt for Anna without reliving every painful and personal detail of losing her.  It was obviously a nightmare.  So I will just say that the enormity of this news was so much to bear that I couldn’t even cry in that initial moment.  My logical mind needed answers.  What could have possibly caused something like this to happen?  This was the year 2011 and our medical care was supposed to be top-notch.  How could my doctors have missed something during all those appointments and ultrasounds?  I was angry.  And then I turned that anger inward.  I began to wonder if perhaps I had somehow done something to cause this and my irrational mind started to analyze every moment of that weekend and of my entire pregnancy.  Deep down, I knew this was not my fault, nor my doctors’ fault.  But I needed to understand what had happened in order to fully be convinced.

Unfortunately, the doctors could only speculate at that point and it was possible that we would never know what went wrong, so I would just have to wait and hope for answers.  And I would have to wait to fall apart too, because I had a job to do now.  I was still having a baby, after all.  So, over the course of 8 hours, I was given medication to induce labor and another 8 hours later, Anna was born.  She was so beautiful, I couldn’t believe it.  She was 5 lbs., 6oz., 19 inches, with brown hair, a cute button nose, tiny little chin, and chubby cheeks.  The love and pride I felt as her mom was no different than had she been born alive and I continue to be grateful for all the things we did to prepare for her and celebrate her.  She deserved it.

Anna was perfect.  But her umbilical cord was not.  It was later determined that she had developed fully and normally, but her blood flow had stopped due to an umbilical cord accident.  There are all types of umbilical cord accidents, but in Anna’s case, her cord happened to grow very long with many twists, causing it to become constricted and compressed, essentially cutting off her lifeline.  It was a very rare thing that happened and this information didn’t make us feel good or better, but we were very grateful to have answers and a doctor who was willing to explain things, over and over.  It is very unlikely to ever happen again, but we have since had another loss, right out of the gate, at just five and a half weeks.  Unfortunately stillbirth does not make you immune to miscarriage.  If you’ve made it this far, thank you for reading about Anna as we remember the day she was born.  Of course, this is only a small part of her story and only the beginning.  But it is my hope that someone reading this will identify with something I’ve said, and Anna’s existence will continue to serve a very special purpose.

Editor note: Amy and her husband went on to have two more healthy children. 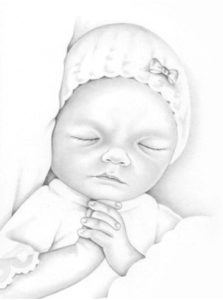 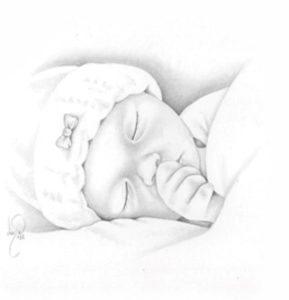 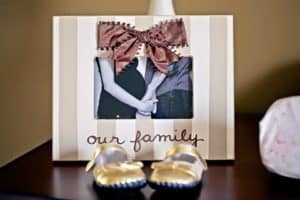 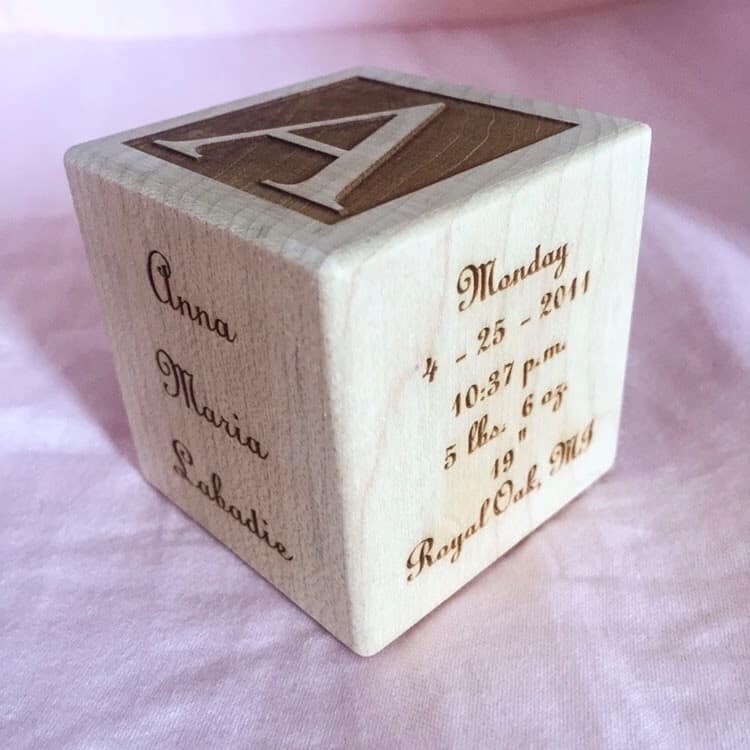