The Plight of Stillbirth: A Call to Action to Decrease the Stillbirth Rate in the United States

The Lancet series on ending preventable stillbirth calls this topic “the most under-studied issue in medicine today”. The WHO considers stillbirth an important indicator of global health.       According to the National Vital Statistics System, the most common causes of stillbirth are: unspecified (28.7%), placenta/cord/membrane complications (26.5%), maternal complications (13.9%), congenital malformation (10.8%) and maternal conditions unrelated to pregnancy (9.6%). This data suggests that up to 55.2% of stillbirths may occur in women who are not classified to have “high risk” pregnancies, and by extension may not be receiving increased monitoring, risk focused management, and induction of labor before stillbirth occurs.

The opportunity exists to create practice guidelines through ACOG to improve patient and provider education and knowledge regarding the importance of identifying known modifiable stillbirth risk factors, such as smoking, and the value in reporting fetal movement changes, in order to decrease stillbirth risk. Propagation of a robust guideline is an opportunity to “catch” additional fetuses at risk for stillbirth that current prenatal guidelines may not identify.

Our current model to reduce stillbirth is dispersed among numerous practice bulletins and guidelines, leading to variations in care among regions and providers.  Straightforward and data-driven protocols to reduce stillbirth risk currently exist, which can be adopted to improve standardization of prenatal care in the United States. The United Kingdom Saving Babies Lives Version 2 protocol is one such model.  The Safer Baby Bundle, an Australian guideline, is similar to the UK protocol but includes additional recommendations regarding sleeping position.  The concise steps of these models are: 1) supporting women to stop smoking 2) improving detection and management of fetal growth restriction 3) raising awareness and improving care for women with decreased fetal movements 4) improving awareness of maternal safe going-to-sleep position in late pregnancy (Australia), and 5) improving decision-making about the timing of birth for women with risk factors for stillbirth.

Approximately 11% of women report smoking in the 3 months prior to pregnancy  and 8% report smoking during pregnancy. 9 In a meta-analysis of 142 studies, smoking increased the risk of stillbirth by nearly 50% (RR 1.46, 95% CI 1.38-1.54).  Additionally, it is estimated the 20% of SGA infants can be attributed to smoking in pregnancy.

ACOG committee opinion 807 provides an excellent guide for helping patients quit smoking in pregnancy but does not include additional testing considerations for women who smoke. The UK and Australian protocols provide similar recommendations to ACOG with regard to assessing smoking use, providing counseling to help patients quit. However, these protocols also recommend checking CO levels of both patient and partner at first prenatal visit and again at 28 weeks, and patients are to be referred to local smoking cessations services if their CO level is elevated (4PPM or above). This recommendation is based on a 2018 study which demonstrated a 2-fold increase in utilization of smoking cessation services for patients referred based on CO levels compared to patients simply reporting smoking behavior, and identified an increased probability of quitting by delivery in this patient group (OR 1.81 CI 1.54-2.12)

Both the UK and Australian protocols also address that smoking is a risk factor for fetal growth restriction and stillbirth, and recommend growth scans in early third trimester (28-30 weeks) and mid third trimester (34-36 weeks). Incorporating similar recommendations regarding management of tobacco use in pregnancy into the current ACOG committee opinion is an opportunity to improve smoking cessation rate and identify growth-restricted fetuses at increased risk for stillbirth.

Prenatal visits routinely include an assessment of perceived fetal movement.  However, standardization of this assessment is lacking. From 2005 to 2007, the Norwegian health system implemented formal education of fetal movement. The investigators found that education of patients to call their provider within 48 hours of perceived decreased fetal movement was associated with significant reduction in stillbirth with OR 0.36 (95% CI 0.19-0.69).   As reported in the Lancet series, Norway has experienced a 2.4% annual rate of reduction of stillbirth rate, nearly 9 times greater than the United States.

The AFFIRM trial (Awareness of Fetal movements and Focusing Interventions Reduce Fetal Mortality) posited that an increased and standardized approach to patient                 education regarding fetal movement would decrease stillbirth rate. The study was powered to identify a 30% decrease in stillbirth rate; a 9% decrease was identified,”below the threshold of statistical significance. To prove this 10% reduction was “real”, an individual randomized controlled trial would require 571977 participants in each group. This study has been cited as an example of limitations of patient education on reducing stillbirth risk. However, concerns have been raised regarding the process of patient education utilized in the study, which limited the efficacy of the intervention. In her lecture at the 2019 Star Legacy Foundation Stillbirth Summit, Dr. Jane Warland discussed limitations of the AFFIRM trial. The applicability of the study results are limited, however, given that the interventions undertaken were hospital-based, rather than provider-based; the investigators did not assess if all clinicians incorporated the education protocol when their hospital was randomized to do so, and as such it is unclear to what degree the recommended education was provided to patients. Patient understanding and awareness was not assessed following the educational intervention, raising potential concern regarding the efficacy of the non-standardized educational protocol.

The UK and Australian Protocols provide a standardized approach to the decreased fetal movement complaint. Guidelines in Australia, UK, Scotland and Norway all recommend evaluation of decreased fetal movement, beginning with a non-stress test (NST). These protocols advocate performing ultrasound to assess fetal growth and amount of amniotic fluid for those at risk for stillbirth, and to identify babies with fetal growth restriction, the greatest known risk factor for stillbirth. ACOG Practice Bulletin #145 Antepartum Fetal Surveillance, comments on pursuing NST for decreased fetal movement, and discusses the lack of data on efficacy of kick counts, but does not outline a protocolized approach to addressing this complaint or address the role for additional testing.

Overall, the current approach to management of the decreased fetal movement complaint in the US is based on individual recommendations spread out among disparate practice bulletins. Adopting a protocolized approach to this very common complaint, in keeping with recommendations provided by the data-driven guidelines currently utilized by the UK and Australia, can serve to fill an important gap in the approach to prenatal care and stillbirth prevention.

Physiology and anatomy seem to make an argument against a mother trying to sleep of her back in the third trimester. An 85% reduction in the vena cava diameter and around 30% compression of the aorta has been demonstrated by MRI in healthy women in the third trimester.  A 2016 study in BMC Pregnancy Childbirth identified that the position in which pregnant women fall sleep is the position in which they spend the most time sleeping. The findings of a 2019 meta-analysis led Australia to add recommending side position for sleep after 28 weeks to their protocol. This study evaluated 8 case/control studies and found that supine position when going to sleep was associated with an adjusted OR of 2.63 ( CI 1.72-4.04, P< 0.0001) for late stillbirth.  While recall bias is certainly possible, the included studies were designed to control for this possibility by blinding participants to study intent. The only prospective study on assessment of sleep position only assessed position of sleep initiation in patients <=30 weeks gestation; as such, absence of a positive effect may not have been identified, given the smaller size of the gravid uterus at this time of assessment and resultant decreased effect of vascular compression. The authors of this study also identified a  protective effect of side sleeping initiation position in the subset of patients of 22-29 6/7 gestational age, with an OR 0.27 (95% CI 0.09-0.75)

Estimated fetal weight may additionally play a role in risk of stillbirth and sleep initiation position. A 2018 meta-analysis in Sleep Medicine identified an OR for stillbirth of 2.45 (95% CI 1.04 to 6.18) for supine sleepers with LGA or average sized babies.  Furthermore, if the baby was SGA and the mother slept supine, the OR for stillbirth increased to 15.66 (95% CI 6.96–35.25).  These findings highlight the importance of identification of FGR/SGA fetuses, to ensure these patients are educated to sleep in a side-position to mitigate the additional risk of supine sleep position.

Currently, there is not an ACOG practice guideline regarding sleep position.  Based on the above data, a standardized recommendation for sleep position in the third trimester should be considered, particularly as this is a common question raised by patients and should have uniform answer among providers.

ELEMENT 5: Improving Decision Making about Timing of Birth for Women with Risk

The UK and Australian protocols include recommendations for shared decision making for patients for induction >=39 weeks with recurrent decreased fetal movement or other risk factors for stillbirth not currently part of ACOG guidelines that encourage induction between 39-40 weeks. Examples of such risk factors include obesity, ART pregnancy, black race, nulliparity, substance abuse, and limited prenatal care.

The ARRIVE trial raises the question of whether any patient with risk factors for stillbirth should remain pregnant after 39 weeks gestation. Like the UK and Australia, the US should consider an induction protocol for patients >=39 weeks gestation with risks factors for stillbirth that may not fall under current guidelines for induction already   in place such as hypertension, multiple gestation and diabetes. Ideally, development of a risk-stratification calculator for stillbirth which incorporates all known stillbirth risk factors and the recommendation for induction if over baseline stillbirth risk would be a helpful step as well. ACOG may not be ready to recommend all patients being induced at 39-40 weeks, but a recommendation for induction for those with increased risk not covered by current guidelines, would be a huge step in the right direction.

The stillbirth rate is higher in the United States than the vast majority of high resource nations. Because the subject of stillbirth is stigmatized, patients often remain unaware of its risk. Few patients and providers are aware that 1/160 pregnancies ends in stillbirth in the United States.  The protocols from the UK and Australia offer a concise and standardized approach to reducing stillbirth rate. A recent study suggests that 47% of preventible term stillbirths occur in patients are not being identified by current pregnancy management guidelines. The UK and Australian protocols are designed to identify patients who are “falling through the cracks” of current obstetrical care. These proposed changes can be implemented into a practice bulletin in a concise way to help identify at-risk pregnancies, and prevent a significant proportion of stillbirths.  The ARRIVE trial provides justification for induction after 39 weeks for patients with known elevated risk of stillbirth who are not currently recommended for induction by current guidelines, without increasing risk of adverse outcomes such as caesarian section. The Star Legacy Foundation, whose mission is centered on stillbirth awareness/education/prevention, has asked “Why not stillbirth prevention?”, given that the risk of stillbirth greatly exceeds the risk of multiple other pregnancy-related conditions for which protocols and guidelines currently exist (examples Listeria and Toxoplasmosis exposure in pregnancy). This commentary is intended as a “call to action” to improve identification and management of patients at increased risk of stillbirth who are currently underserved, and demonstrate the commitment of the obstetrical community to bring the issue of stillbirth into the light, in order to support bereaved patients and their families.

US Office on Smoking and Health. Women and smoking: A report of the surgeon general. Report, US Centers for Disease Control and Prevention; US Department of Health and Human Services, Atlanta, GA 2001

Warland J, O’Brien LM, Heazell AE, Mitchell EA and the STARS consortium. An international internet survey of the experiences of 1714 mothers with a late stillbirth: the STARS Cohort Study; BMC Pregnancy and Childbirth: 2015 15:72 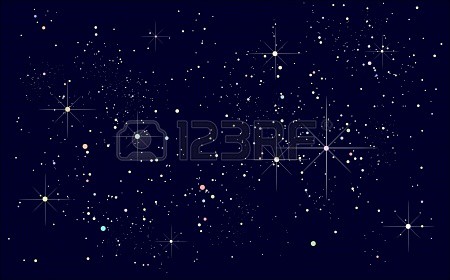