Hilary Hughes, 33, of Ridgefield, sitting with her mother, Bobbie Cohlan, 63, is the chairwoman of the New York metro chapter of Star Legacy, a nonprofit that focuses on stillbirth education, research and family support. Hilary lost her first son, Oliver, when she was nearly nine months pregnant. She went to the doctor for a routine checkup and there was no heartbeat. Son Carter, almost 2, plays with the family dog.

With just weeks to go before her due date, Hilary Hughes started preparing for the arrival of her first child. She unpacked the tiny clothes handed down by her sisters and put them away in a dresser.

She went with her mother to the doctor for her 34-week appointment, expecting nothing out of the ordinary, because her pregnancy had gone smoothly from the start. But after two exams, one using a heartbeat monitor and a second with an ultrasound, her doctor delivered the news that every mother dreads to hear:

There was no heartbeat.

After she got to the hospital, Hughes was given medication to induce labor.

Twenty hours later, with her husband at her side, she gave birth to their son, Oliver Cohlan Hughes. She held him briefly; Tyler held him longer and stayed at the hospital to take pictures with their son.

Before the Hugheses returned home, their family put away the baby clothes they had just unpacked for Oliver.

In the United States, stillbirth affects about 1 percent of all pregnancies. Each year, about 24,000 babies are stillborn, which is defined as a fetal death that occurs 20 weeks or more after a woman becomes pregnant, according to the Centers for Disease Control and Prevention.

It wasn’t a statistic that Hughes ever imagined would affect her. She had known only one person to have a stillbirth and that had been decades ago.

For weeks following her son’s death, Hughes stopped eating and spent hours crying. She leaned on her husband and mother for support, and went to a therapist.

Within months, she felt ready to try again for a baby. On March 3, 2014, she gave birth to her second son, Carter, whose middle name is Oliver, in honor of his big brother.

After having Carter, Hughes decided she wanted to share Oliver’s story with more than just her family and friends.

“We just still very much wanted ourselves and others to know he is a really important part of our family,” said Hughes. “We’ve learned so much from him.”

Hughes, 33, and her husband, who live in Ridgefield with Carter, organized a 5K in South Salem, N.Y., which they expected only their closest family and friends would attend. But the race, held last May, brought out 150 people and raised $30,000 for the Star Legacy Foundation, a Minnesota-based nonprofit that focuses on stillbirth education, research and family support.

For the first time, the Hugheses met other mothers and fathers who had lost children the same way they had.

“We knew after the 5K that we needed to do more,” said Hughes, who is pregnant with the couple’s third child, due in a few weeks.

“We needed to do more for stillbirth families and more to prevent stillbirths,” she said.

Hughes started to meet with a small group of moms from Connecticut and New York to figure out a way to be involved with Star Legacy. Last fall, they created the first local chapter of the organization, and Hughes was named the chairwoman.

The new group created a Facebook page and recruited more members, including fathers and grandmothers. They spent months drafting their launch plan at dinner tables in homes across Connecticut and New York.

Their plan includes training doctors and nurses in perinatal loss and stillbirth prevention; a volunteer-run program for grieving parents; and distributing dozens of donated clothes, diapers and blankets to hospitals.

The group is holding two more 5K runs this spring — on April 17 at Bar Beach in Port Washington, N.Y., and on April 30 at Meadow Pond Elementary School in South Salem, N.Y.

Their work aims to honor the babies that have died far too soon but to raise money for research; the rate of stillbirths has barely budged over the last 30 years in the United States.

Lindsey Wimmer, the founder of Star Legacy, said research so far has been limited, but it has helped identify certain factors that can lead to higher risk of stillbirths. The CDC says the risk is greater for black women, teenagers and women 35 years or older, for smokers and women who are obese.

The causes of stillbirth include birth defects, problems with the placenta or umbilical cord and health problems in the mother, including diabetes and high blood pressure. But in many cases, the specific cause is unknown.

“One out of 160 deliveries ends in this type of a loss,” Wimmer said. “We want people to be aware, not in a way that we’re trying to frighten everyone, but we think it is healthy to understand because it leads to better vigilance.” 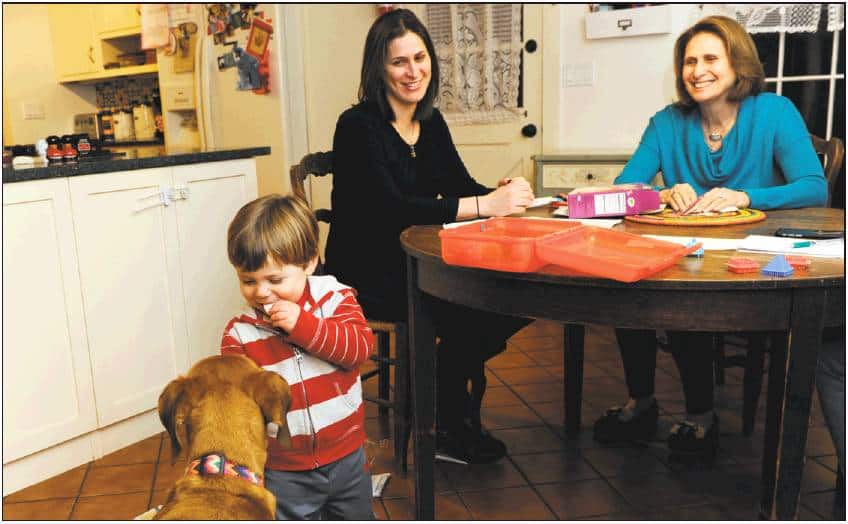