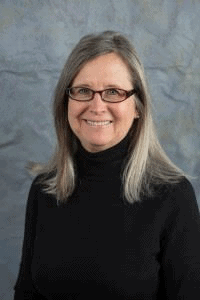 Roberta Hunt PhD received a Master in Science in public health and PhD in community education both from the University of Minnesota. Over the last thirty-three years, she taught nursing and community health at the associate, baccalaureate, masters, and doctorate level. From 1987 to 1989 she was the Director of Nursing Education at Minneapolis Children’s Hospital. Roberta developed and evaluated curriculum since 1984 when she created a course that eventually lead to her to write her first book in 1996. She is the author of two textbooks including Introduction to Community-Based Nursing. This book was named to the Brandon Hill list for small libraries in 2004 and as one of the AJN books of the year in 2012. In 1998, it was translated into Hungarian. She received a Fulbright Lecture Award to Budapest Hungary in 2005-2006 where she taught classes to undergraduate and graduate students, provided seminars for faculty and presented at international conferences. She published numerous articles and presented at local, national, and international conferences over the last 25 years. Community based nursing and working with underserved populations have been her greatest passions. In the last eight years, she has been active on various committees developing curriculum for the Baccalaureate entry level, Nurse Educator masters and the DNP programs for the Nursing Department as well as for continuing education courses for St Catherine University.