A Journey Through Stillbirth, Mary-Alice and Amelia’s Story as told by their parents, Jason and Tandy Pratt

“I’m sure everything is fine.  Let’s go in and have everything checked out,”  I reassured her, honestly thinking that everything was indeed fine.  I thought to myself, ‘We made it through our last pregnancy fine.  Plus, after the first trimester they say, “you’re in the clear” so there’s nothing to worry about and we were 36 weeks along.’

We went to the hospital to get everything checked out.  You always have some fears when visiting the doctor, that’s normal.   It was no different with us, but those fears exploded when the nurse sorrowfully could not find our baby’s heartbeat.   Tandy had to have the courage to tell the nurse to stop looking.  In that instance our lives were turned inside out and upside down.  We had to go from preparing to bring a baby home to planning her funeral.  There’s nothing that can prepare someone for that.   There was no warning.  There was no explanation, just “these things happen.”  We had to do the most difficult thing possible and leave the hospital without our baby.  We were told that we could still get pregnant again because the chances of an issue like that occurring again were very small.

Nine months later unfortunately we had a miscarriage.  Again we were told there was no reason why we couldn’t get pregnant because we had no health issues.

A little over a year later and after much apprehension we did get pregnant again.  To say we were scared was an understatement.  Every appointment we had, we just waited for bad news.  We asked our doctor several questions about what we could do to prevent another loss.

During our second ultrasound, our doctor said the baby’s umbilical cord looked “twisty” but it was probably nothing.  He referred us to a neo-natal specialist.  A week-and-a-half later, we had our appointment with the specialist.  During that ultra sound, the tech suddenly got up and ran out of the room.  We were left to wonder what was going on.  We thought the worst.  A few minutes later, the Doctor came in to give us the news.  Tragically, a heartbeat could not be found.  To say with were stricken with grief and anger is an understatement.  Again and unfortunately, we had no explanation as to how something like this could happen again.  We were admitted to the hospital that moment and our daughter Amelia was stillborn on April 11, 2011.  She was laid to rest next to her sister a few days later.

After Amelia, we decided to try to find some answers as to why our losses were happening.  On the recommendation of a friend, we went to see Dr. Kwak-Kim a  nationally renown Immunology and OB Specialist at Roseland-Franklin University in Chicago.  We found out from her that there were placental blood flow issues.  A complex treatment plan could be implemented to help increase blood flow, but there were no guarantees.  Ultimately, we decided to expand our family through adoption rather than try again.  The choice of adoption was an amazing and beautiful one.  In January 2012, we brought our daughter, Courtney home from the hospital  with us.

Now we are at the point in our journey where we want to have an event that helps start conversations and create action plans about how to prevent stillbirth.  We hope you will join us in those conversations.

Thank you for creating awareness, starting conversations, and for participating in this event. Your support is appreciated! 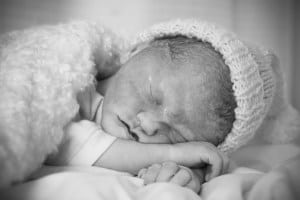