donate in memory of Iris

Hello, my name is Afton Falcon. I’d like to tell you my story in hopes we can create a greater sense of awareness and sensitivity when it comes to infant and pregnancy loss.

In January of 2018 we were blessed with a wonderful surprise. We had been trying for over two years to give our 3 1/2 year old daughter a sibling, and it felt like a miracle when I became pregnant again. When we found out she was a girl we named her Iris Evangeline, and by the time I was 6 months pregnant she had a fully stocked closet and her nursery was ready to go.

My pregnancy was a good one, and other than my age (considered a geriatric pregnancy at 36) there were no major concerns. Fast forward to my OBGYN appointment for my 38 week checkup, the baby was healthy, no complications, we heard the heart tones and I remember waltzing (or waddling haha) out of there so excited.

The next day, a Saturday, I took our daughter Daphne to an Alice in Wonderland themed birthday party where we saw what felt like everyone we knew. Moms, kids & teachers from school were there, including some moms and kids we knew from swim class. We took so many pictures. Daphne had her face painted and got to have a real tea party with the other children.

On Sunday my husband got home from work around 3 in the afternoon and I left to get a pedicure with a friend. That evening when I got home was the first time I recalled thinking to myself, hmmm, I haven’t felt Iris move in a while.

Now this part drives me insane. I couldn’t tell you when she stopped moving. It had to have been after the appointment Friday when I heard her heartbeat. Was it sometime Saturday at the birthday party, where I was surrounded by sugar-crazed three olds and other moms making polite conversation? I couldn’t remember.

It was late on Sunday so I emailed my nurse, tried to convince myself to be calm and went to bed.

She called first thing in the morning and told me to just run by labor and delivery and have myself monitored.  She was calm so I stayed calm.  I got Daphne off to school and then came back home and showered.  I walked by the fully packed hospital bag and thought, should I bring it?  No, I’ll be home in time for lunch.

I remember parking and walking into the main lobby.  By the elevator there is a beautiful painting by an artist from Kingwood, TX, my husbands’ hometown.  I took this as a sign and remained calm.

The look on my sonogram tech’s face was my first indication that something was really wrong.  Since I was lying down my tears began to stream into my ears.  I wanted to scream so badly but was paralyzed with shock.  I also felt this horrible, burning shame, lying there with my belly exposed. I had to call my husband and tell him our baby had died. His drive from work took 45 minutes.

My doctor was out of town so I had the one on call.  He said we would have to induce labor. I begged him to cut her out of me but he wouldn’t.

My husbands’ birthday was the VERY next day so my goal was to have her before 12 midnight so his day wouldn’t be scarred forever.

I delivered Iris around 9:30 that night, and although the delivery was straightforward, the entire ordeal was incredibly traumatic. As soon as her little head came out the doctor could see what had happened.  The cord had wrapped around her neck but it had wrapped and then somehow tucked under itself, and wrapped and tucked and so on. The doctor couldn’t even guide her out of me without having to cut areas of the cord.

I was so frightened to see her but the doctor was pleading with us to look at her.  He kept telling us he’d had patients go crazy because they never saw their dead baby.  I was thinking just the opposite.  It completely terrified me to think of seeing and holding a dead baby, especially since I wasn’t able to notice when she stopped moving. I felt like it was my fault.

The doctor began raising his voice, begging us to look at her. He told us that time was running out, that by this point she had already been deceased for 24 hours. I was squinting my eyes tightly shut and my husband even had his hands over my eyes.  He was crying and yelling at the doctor at this point.

When we had a chance to catch our breath we asked that she be taken to a little room off the side of the room I was in.  They took photos of her and cleaned her up.  A local organization gave me a hope box that had a really beautiful white silk dress, so the nurses dressed her in that and a pink beanie for a hat.

It took me a while but I finally worked up the courage to hold her. The weight of her little lifeless body just sent me over the edge. Her flesh was pale but she looked so much like our Daphne. I cried, I wailed, I gasped for air.  I apologized to her profusely for not being able to get her to the finish line.  I felt ashamed. It was awful.  How do you say hello and goodbye all in one moment?  The enormity of what was happening was unthinkable, it was crushing and unbearable. To have something so precious one moment and in the next moment it’s gone, and you have no control over it, like something ephemeral slipping through your fingers and disappearing into the air.

We decided to have our baby Iris cremated. My dad and our pastor helped us set up a beautiful memorial service for her at our church. So many friends and family came to support us with their love and presence. It meant so much to us to have them there, though our tragedy had left us numb and in shock.

Since our loss in 2018 I’ve become involved with the same local group that gave me the hope box.  A few months after the loss I attended a retreat with other women who had suffered the loss of an infant. I also have done a lot of heavy duty mental health therapy, with amazing results.  For me, channeling my grief into action has given me a focus and has been my saving grace.  I am certainly not “fixed” but I’ve learned to pick up the pieces and move forward.  We were blessed again in 2020 with a full-term baby boy we named Sawyer, and our family feels more complete- but the void left by Iris is always there, a space that cannot be filled.

Our latest project is a donation of a Cuddle Cot to our local hospital. The cuddle cot keeps the baby’s body cool, preserving the body and giving families more time with their deceased infants, time to bathe, take photos, and be with each other.  My goal is to eventually supply all the area hospitals with Cuddle Cots. 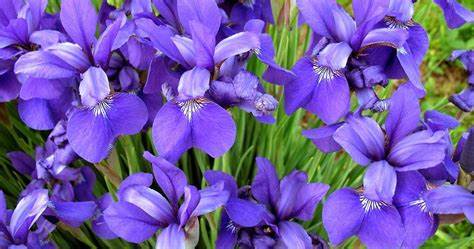