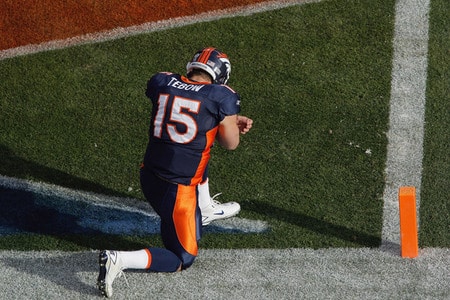 When thinking about a Star Legacy Foundation blog for 2012 we debated a number of titles but settled on “Stillbirth Matters” because of the play on words – because we are joined by thousands that believe every baby matters and because we hope to discuss all sorts of stillbirth “matters” or issues throughout the course of the year and into the future.

Just this morning I received a forwarded email (I don’t always read them but this one caught my eye), and although I had heard this story before, when I read it I felt compelled to share with all of you that ‘get it.’ This message has been used previously in the abortion issue but to me it speaks more loudly to the stillbirth issue (I’ve said it a hundred times – stillbirth families aren’t concerned with the abortion issue – they may each have individual positions on the topic but it is irrelevant in stillbirth discussions) – so I ask you to read it not with the abortion issue in mind (although it may resonate with you in that regard as well) but rather the stillbirth issue. To me this message says – we must push on and demand more stillbirth research to fully understand what all may cause it and ways to prevent it!! Here’s the forwarded email…..

In a recent email, I read about a woman named Pam, who knows the pain of considering abortion. More than 24 years ago, she and her husband Bob were serving as missionaries to the Philippines and praying for a fifth child. Pam contracted amoebic dysentery, an infection of the intestine caused by a parasite found in contaminated food or drink. She went into a coma and was treated with strong antibiotics before they discovered she was pregnant.
Doctors urged her to abort the baby for her own safety and told her that the medicines had caused irreversible damage to her baby. She refused the abortion and cited her Christian faith as the reason for her hope that her son would be born without the devastating disabilities physicians predicted. Pam said the doctors didn’t think of it as a life, they thought of it as a mass of fetal tissue. While pregnant, Pam nearly lost their baby four times but refused to consider abortion. She recalled making a pledge to God with her husband: If you will give us a son, we’ll name him Timothy and we’ll make him a preacher. Pam ultimately spent the last two months of her pregnancy in bed and eventually gave birth to a healthy baby boy August 14, 1987. Pam’s youngest son is indeed a preacher. He preaches in prisons, makes hospital visits, and serves with his father’s ministry in the Philippines. He also plays football. Pam’s son is Tim Tebow.

The University of Florida’s star quarterback became the first sophomore in history to win college football’s highest award, the Heisman Trophy. His current role as quarterback of the Denver Broncos has provided an incredible platform for Christian witness. As a result, he is being called The Mile-High Messiah. Tim’s notoriety and the family’s inspiring story have given Pam numerous opportunities to speak on behalf of women’s centers across the country. Pam Tebow believes that every little baby you save matters.

Please remember….alone the best we can do is grieve but together we can do more!!