“Sweetie… There’s no heartbeat” my doctor had almost whispered. I cannot stop going over these words in my head. My doctor wasn’t as sympathetic as he was shocked. Really, I had known for weeks. When I felt his little kicks stop at 21 weeks, I insisted on getting an ultrasound immediately. There was a “normal heartbeat..155”, a very serious-looking doctor in the practice had confirmed. Even with that assurance, I watched my baby lay still on the ultrasound screen and knew that the heartbeat meant nothing. I told my father a week later that something wasn’t right. He didn’t deny it or try to impose positivity. He said, “what’s meant to be, will be”. A month after I had heard my baby’s heartbeat for the last time, it was confirmed: Our little boy had died. The only words that my mouth could project were “no, no, no” over and over followed by, “why?”. I’m 25 years old. Everything had been perfect. Perfect heart rate, anatomy screen, blood tests, genetic screening. Why?

My husband arrived at the office and my mother soon followed. We were brought into my doctor’s office to talk about our options: D & E or laboring. Immediately, I wanted to labor. I wanted an autopsy, every test available to find out what had happened. “No, no, no” I kept repeating. “Why?”. I was sent to the hospital and they began to induce me. After 48 hours of pure hell, my temperature had risen to 103. They stopped induction and began again the next day, adding a stronger medication. The next morning, I was ready to push. There was a miscommunication between the anesthesiologist and the ob staff, and the coagulation test required for an epidural was not ordered for me. This meant that I would have to give birth to my dead baby naturally. My mother was with me. I asked my husband and father to wait in the waiting room. I found out later that my husband had refused. He was right behind the curtain and heard everything. Every gush, every scream, every “no no no” and then, “why?”.

Finally, my baby was born. Breach and with the cord so tightly wound around his right ankle that his leg had become deformed. “Like a frog leg” I remember thinking. When the social worker had asked us a day before if we wanted to see and hold our baby after delivery, we had shaken our heads. But after feeling every bit of him enter this world, I knew I had to hold him. He was a little doll. His dad’s perfect olive skin, little Irish nose, dark hair. My full lips and round, Polish cheeks. We kissed him, held him, stroked his tiny face. I barely even noticed the blood pooling onto the floor.

I was so tired, so in love with our son, in a euphoric state. A swarm of doctors, my husband’s face went white. My mother yelling. “Hemorrhaging” the ob was saying, and then, “death”. “More death?” I remember thinking. In the OR, getting sleepy. Thinking of Bernie, how beautiful he was. How in love I was. I woke up to my husband sobbing and smiling, “I love you, I love you, I love you”. 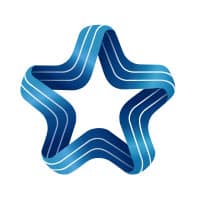