After the success of last year’s 5K, Hilary Cohlan Hughes and her husband, Tyler, formed a local chapter of the Star Legacy Foundation that will be hosting this year’s 5K to raise money for stillbirth research.

The Let’s Not Be Still NY 5K will take place on April 30 and all proceeds from the race will be donated to the Star Legacy Foundation in Minnesota.

“The doctor told us the worst thing you can hear, that there’s no heartbeat,” Hilary said.

On Jan. 25, 2013, Hilary lost her child, Oliver, at 34 weeks. After having their second son, Carter, in March 2014, the Hughes family decided to organize the 5K in memory of the child they had lost.

“We wanted to do something in honor of him,” she said.

At last year’s 5K, the Hughes family raised more than $30,000 for stillbirth research, which they donated to the Star Legacy Foundation. With 150 participants, Hilary said, the race was “much bigger than they had anticipated.”

During the event, Hilary and Tyler met with other families who had lost children to stillbirths.

“We met a lot of other stillbirth families, and [that] was when we started talking to a lot of other families as well as Star Legacy about forming a chapter,” she said.

In July 2015 the local Star Legacy chapter was formed to act as an educational and supportive outlet for stillbirth families in the Greater New York metropolitan area after recognizing the absence of a group like the Star Foundation in the area.

“We all realized that there is nothing like Star Legacy in this area,” Hilary said.

Let’s not be still

This year the Hughes family organized the 5K with the local Star Legacy chapter in hope of raising more awareness about stillbirths and the need for stillbirth research.

“We’re striving to decrease the statistic of stillbirths in this country, which is still 26,000 babies that die each year,” she said. “It’s just not an area that gets enough attention. It’s actually 10 times more prevalent than SIDS, sudden infant death syndrome, which I think is talked about a lot more and [stillbirth] is really a topic that’s not discussed. Our chapter is trying to have more of a discussion about it, in this area.”

According to the Star Legacy Foundation, one in 160 pregnancies results in a stillbirth. Hilary said part of the problem is that there is very little information about what causes a stillbirth and that people aren’t discussing the problem.

“I think it’s because there’s not enough attention on it, and one, people think it doesn’t really happen and people think they’re alone when it does happen. It also hasn’t been given enough attention because it’s not considered a cause of death because technically — whoever makes these rankings or decisions — the baby is not alive in the world yet so it’s not ranked,” she said.

Hilary also said she thinks stillbirths aren’t widely discussed because it can be perceived as a taboo.

“Because it’s not heavily researched … and there’s a lot that’s unknown about it,” Hilary said. “We really believe a lot of these tragedies are avoidable if we only knew more about it.”

After the 5K, Hilary said, members of the local chapter plan on trying to meet with doctors and hospital personnel in the area to explain what their group does and how they can provide support or educational retreats for stillbirth families.

“Our chapter’s goals are to work in this area to educate and raise awareness about stillbirths in order to lower the statistics … and save babies. We will be having meetings and discussions with area doctors and hospitals, as well as offer support to families in this area who have had a stillbirth. Our chapter has more than 20 members and we are continuing to grow,” she said.

Hilary also said the group would like to have educational events about stillbirth in an effort to stimulate conversation about it.

“We want to be able to offer things like ‘lunch and learn’ and ‘breakfast and learn,’ just kind of coming in and having more conversations with medical providers about stillbirths,” she said.

Overall, the Star Legacy chapter just wants to find out what can be done to prevent future stillbirths.

“One of the most important things we can do is raise this money so we can fund more research and find a reason why this is happening and decrease it.”

The Let’s Not Be Still NY 5K will take place on April 30, and the race will begin at Meadow Pond Elementary School in South Salem. More information about the 5K is at letsnotbestill5k.org. To learn more about the local Star Legacy chapter, go to starlegacyfoundation.org/new-york-metro-chapter/. 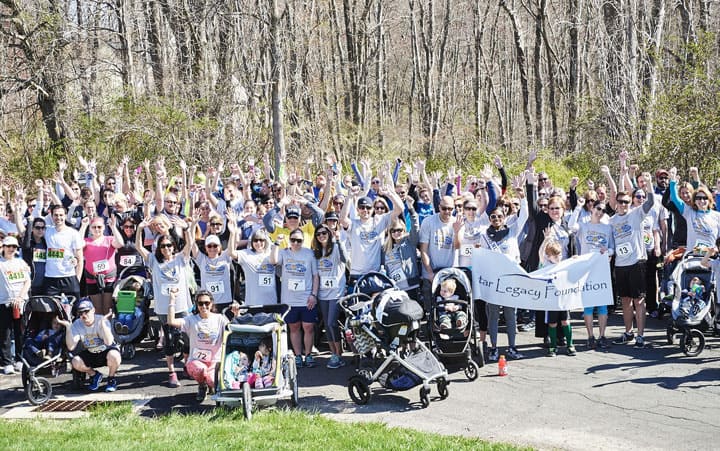