Saving Babies Lives Care Bundle: Adaptation and Implementation in the US

Sadly, despite improvements in maternity care since 1940, the rate of stillbirth has remained relatively stable since the late 1990’s.

In addition to the obvious loss of life and subsequent grief for all family members involved, stillbirth contributes to maternal and mental health concerns. Women who experience a stillbirth are three times more likely to develop depression and post-traumatic stress disorder and two and a half times more likely to develop an anxiety disorder. Sixty to seventy percent of mothers report depression symptoms in the first year, with 25% of those still having symptoms four years later. Although these rates are similar for African American women as other women, the African American women are significantly less likely to receive treatment.

Star Legacy Foundation and Ariadne Labs has partnered to reduce the rate of stillbirth in the U.S. The mission of the Foundation is to increase awareness, support research, promote education, and encourage advocacy and family support regarding stillbirth, pregnancy loss, and neonatal death.

Based on compelling work in the United Kingdom and Australia, Star Legacy Foundation’s goal is to implement best practices in the United States. The leaders at Star Legacy are seeking to establish a Learning Network/Collaborative to reduce the rate of stillbirth by 15% for 20-30 innovative organizations.  Development of an Implementation Innovation Learning Collaborative Ariadne Labs proposes to support the development of an Implementation Innovation Learning Collaborative over two phases:

● Phase Two (12-18 months): Phase Two of this project is currently in development.

Star Legacy Foundation would like to thank Marny Smith for her outstanding fundraising efforts to launch this project, in memory of her son Heath. 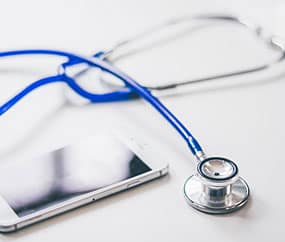