In this episode of Stillbirth Matters, Executive Director Lindsey Wimmer visits with Clare Thorwick.
Now in her 90s, Clare's passion for mothers and their babies remains as strong as ever!
According to Clare's friend and former work colleague, Dr. Joann O'Leary, "“Clare Thorwick was the antenatal testing nurse at ANW for 15 years and NEVER had a loss with the many patients she interacted with. She helped women to trust their bodies as a safe place for their baby, helped them learn how to know their baby and, along with the perinatologist, helped save many high risk babies. How: Because the mother’s knew when movements had changed and came in immediately for help.”

"I graduated from Fairview hospital school of nursing in 1953", says Claire.  I worked Labor & delivery there until my first pregnancy ended in the death of my 3 day old premie following surgery for a bowel obstruction.  My husband was drafted into the army the day she died, 2 months before he would have earned his degree.  Two years in Tokyo I worked L&D in the US Army hospital there. Discharged from the Army we came back to MN, had 4 babies in 4 1/2 years.  When they were all in school I went back to L&D for 12 years at Fairview Southdale, a brand new suburban hospital.  We were busy!  Fetal monitoring came to MN then.  Roche Medical Electronics offered me a job in Chicago, I became a consultant for their customers.  Then I was recruited to be head nurse at Abbott Northwestern as they began a Perinatal Center in a private hospital.  Two years later I was asked to start an Antepartum Testing department which I did and retired from there after 15 years in 1996.  A week in Winnipeg soon followed, learning the Biophysical Profile from Dr. Freeman.  I have no access to the numbers of tests or patients I tested in those fifteen years but the statistics of failure to predict wellness of the fetus for a week were roughly 1/1000.  To have had no false negative tests in all those years I give credit to our team approach.  Our perinatologists were very sensitive to the mothers’ intuitions and made decisions accordingly.  We had a very good thing going but the stillbirth rate today is very troubling to me. I’m now retired after working 20 years in labor and delivery and 15 years in antepartum testing. I kept notes during that time that demonstrate the vital importance of a mother's sense of her baby’s well-being.  Our ever-increasing reliance on technology can undermine a mother's part in monitoring the wellness of her baby. This disempowerment is negative in its own right and can be dangerous to her baby. I’ve seen many cases where a mother was right, the machine was wrong, and the baby was endangered or died. 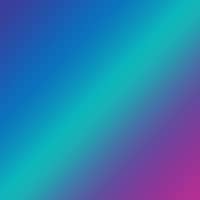