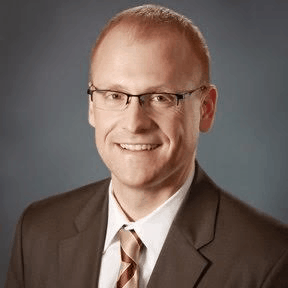 Dale Fuller  is the Immediate Past Chair for Star Legacy Foundation.  He is a native of Monticello, MN currently resides in Rogers, MN with his wife Carrie and children Elise and Lukas. Dale attended the University of Minnesota Twin Cities where he earned Bachelor’s Degrees in International Relations and German. Dale later went on to earn an MBA from Augsburg College. Dale has been employed with Allianz Life Insurance Company for 13 years and has held various leadership positions at their Golden Valley, MN location along with their global headquarters in Munich, Germany. Dale currently leads the Business Development Department at Allianz. Dale and his wife Carrie were impacted by stillbirth in 2014 when they lost their son Landon at 38 weeks gestation due to a true knot in his umbilical cord.

Dale works with the Star Legacy Foundation to enact legislation in MN aimed at supporting families who have experienced loss and efforts that could lead to stillbirth prevention. In his free time Dale enjoys hunting, fishing, he’s an avid runner and is also the Chair of the Rogers Park Board.